Ah the joys of owning a credit card. Billionaires and multi-millionaires have every reason to smile. They can travel around the world in private jets, get last-minute tables at Michelin star restaurants, be invited to the most exclusive parties, receive 5-star treatment at the most expensive hotels around the world, and all this will be done by a card they carry in their wallet.

In the pursuit of attracting extremely high net-worth clients, banks around the world have created credit cards that turn dreams into reality.

For the mega rich, going shopping with a credit card that has a spending limit of USD$50,000 is like running a marathon without shoes. Shopping for luxury handbags and diamond-encrusted jewelry can easily exceed most credit cards’ spending limits. Athletes and rappers such as Drake and Jay-Z are known to charge night club bills in excess of USD$100,000 to their credit cards. 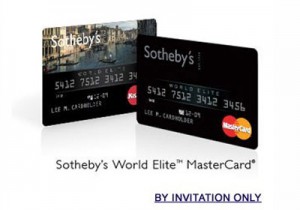 One of the largest known purchases made using a credit card was back in July 2014, when Chinese collector, Liu Yiqian bought an ancient Chinese ceramic cup, known as the Chicken Cup from the Chenghua Era (1465-1487), for a record HK$281 million (US$36 million). The reward points he received for paying with his American Express Centurion Card? 422 million American Express points or 28 million frequent flyer miles. 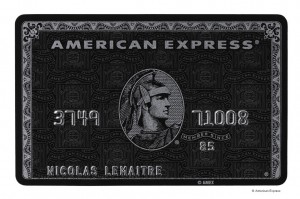 A team of trained individuals that cater to all of your heart’s desires.

Well, almost all. As long as the request is not illegal and does not breach any strict confidentiality agreements, they will do everything in their power to make things happen. A “redditor” from the popular website, Reddit, shared some of his experiences as a concierge for holders of the elite American Express Black Cards.The list of requests include:

-????????? Access to exclusive parties to rub shoulders with powerful people and celebrities

-????????? Getting a Nintendo Wii for Christmas when it first launched, after it has been sold out

These services come complimentary with American Express Black Card’s whopping USD$2,500 annual fee on top of the USD$7,500 registration fee. Not forgetting to mention the minimum of USD$250,000 you must have already spent on the American Express Platinum Card before being eligible for an invite to own a Black Card.

When speaking about the level of service provided by the invitation-only Dubai First Royale Card, First Dubai CEO Ibrahim al Ansari, said it best, “You ask for the moon and we try and get it.” 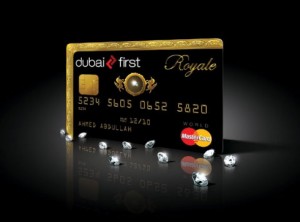 Yachts, Private Jets, and beyond!

Air miles and flight upgrades have become mainstream benefits of many credit cards. Ultra-exclusive credit cards take it to the next level by providing their clients memberships to private jet clubs and easy access to yachts all around the world.

The exclusive Merrill Accolades American Express Card entitles you to a Sentient Jet private membership. Members not only have access to a large fleet of private jets, but also allows them to have full or partial? ownership of these aircraft’s. 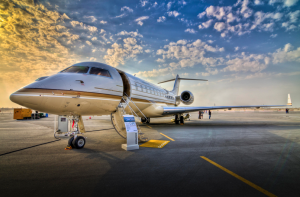 The BOSS ROYAL Luxuria Card takes travel perks to insane heights, literally. Upon receivership, cardholders are entitled to a complimentary flight aboard Virgin Galactic’s spacecraft to travel to outer space. One ticket for a Virgin Galactic flight is a staggering USD$250,000. Only 551 people have gone beyond the outer limits of Earth’s atmosphere and now the ultra-rich can too. 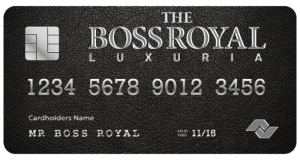 We can now say, the perks of owning an ultra-exclusive credit card are truly out of this world.